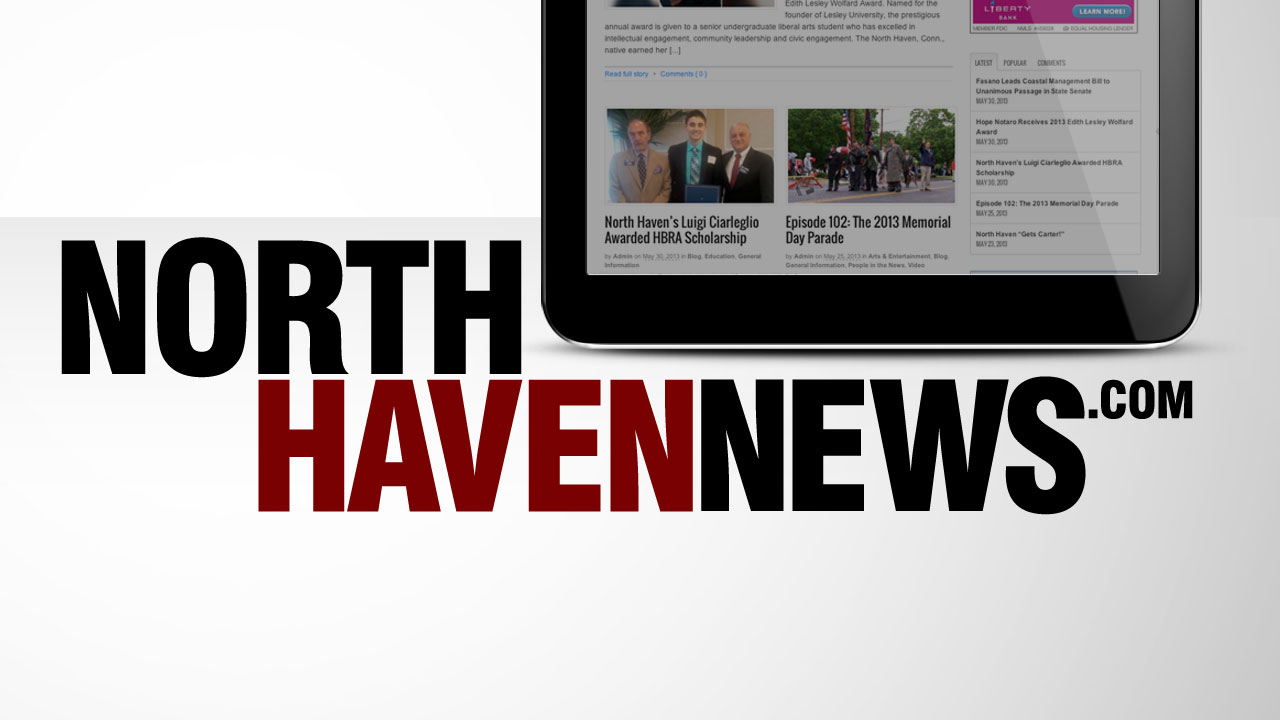 I’d like to talk a little bit about North Haven News – my local news website that I started almost 6 years ago as an experiment in hyperlocal journalism.

I’m a huge fan of video podcasts, and as far back as 2005 you could always find shows like Rocketboom, GeekBrief and Mobuzz TV on my iPod. Today, some of those shows are still around, some have new names and others have disappeared, but my love of the format is just as strong and I still consume about a half-dozen different videos on a daily basis.

Working at a television news station, I knew I could easily launch a similar show of my own, and two years after buying the domain name (yes, it took me that long to work up the courage to do it), the first episode of North Haven News went online with the idea that I would post a new video every other week where I would cover what was making headlines in our town.

As far as the product itself, I’d say it was a success in that the videos looked and sounded as good as any of the online shows I aspired to be, with production values that rivaled network television. They were only moderately successful, however, in terms of building an audience, with views per video averaging between 30-100 and only a handful of the most popular garnering several thousand views.

As far as the product itself, I’d say it was a success in that the videos looked and sounded as good as any of the online shows I aspired to be, with production values that rivaled network television.

Production of each video took about 6 hours – between writing the script, shooting the video, postproduction and uploading – and somewhere along the line, I started to question the number of hours I was putting into the project. Every now and then something would come along that would re-ignite the creative spark and encourage me to continue, but eventually I stopped making the videos and the website became a place where I was only posting articles and press releases submitted by other people. And that’s exactly where we are today.

“I WISH I KNEW HOW TO QUIT YOU”

Compared to the other three North Haven news publications’ website, I think mine has several advantages – it looks nicer (IMHO), it’s more nimble (meaning I seem to be able to post things to the site much more quickly), it’s responsive (meaning it will reformat itself depending on what device you’re looking at it on) and – let’s face it – I have the best URL. What my site doesn’t have – except on the rare occasion – is original reporting. I’m simply not in a position to run around town conducting interviews and gathering information to write my own stories. My videos – even though they relied on information from the newspapers – were at least original content that you couldn’t find anywhere else, and now that I’ve gotten away from those, I often find myself again questioning any time I put into maintaining the website.

Still, with newspapers struggling to remain in business and attempts at local news by companies like AOL’s Patch seemingly about to go under, I feel like I need to keep a virtual foot in the door. For now, I’ll keep doing what I’m doing and maybe even figure out a way to bring back some of the video content, which was the whole reason I started this thing. Just like I said in 2008 in an interview with the North Haven Citizen, “I don’t know where it’s gonna go, but I feel like I need to be there.”